The Beepo Basketball League was organized to promote sportsmanship, unity and Beepo’s advocacy of work-life balance. It is to encourage the staff members to enjoy, stay fit and pursue their passion for sports.

This season, a total of 4 teams were organized: The Beepo Heroes, Realtors, Engaj and Internal. Each team consisted of 9 players that was determined through draw-lots.

The opening games took place last August 1 at the AFP basketball gym in Clark, Pampanga. The Realtors took the 1st win after a dominating victory over the Heroes, 42-24. The Beepo Internal faced the Beepo Engaj in the 2nd match that ended with the Internal snatching the win, 50-36. 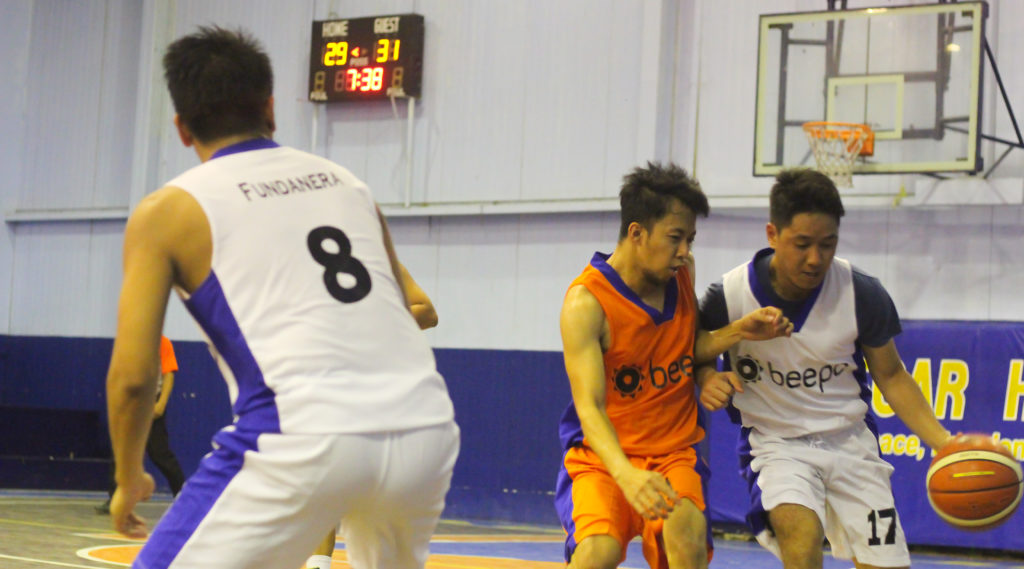 The Beepo Internal lead the team standings after beating the Beepo Realtors 42-33 during the 2nd week of the BBL regular games. On the other hand, the Heroes fell to the bottom of the standing with a 56-31 defeat against the Engaj.

Showing off their court dominance, the Internal team remained undefeated throughout the regular games giving them the top speed in the play-offs. Trailing behind them were the Beepo Engaj with a standing of 2-1 followed by the Realtors, 1-2 and Heroes.

Entering the Play-offs, all of the teams were determined to secure a spot in the finals keeping all the fans on the edge of their seat game, after game. The Beepo Heroes faced the Engaj team in a close match but the odds continued to fail their side placing them for the battle for 3rd against the Beepo Realtors who lost to the internals the same day.

With a challenging standing of 0 wins all throughout the regular games and semis, the Heroes got a final opportunity to win and secure the 3rd place against the Realtors but with just 5 players in their team, it was definitely an uphill climb. Showing their sportsmanship and respect for the sport and organization, the Heroes continued with the match and put a good fight. Realtors sweeps the game and wins the 3rd place of the BBL.

On September 5, the first ever Beepo Basketball League Championship took place. The AFP basketball gym was filled with smiles, laughter and loud cheering as fans enjoyed a thrilling match between the Beepo Engaj and Beepo Internal team. As further support by the Beepo organization, free Filipino street food were given away for all spectators to enjoy. Half-time mini games were also organized by the B-force committee that gave everyone a chance to win exciting prizes.

Do you think you have what it takes to face the undefeated Beepo internal team? Then what are you waiting for? Apply now and join the next Beepo Basketball League.